I have described many aspects of lager’s development both in the UK and territories at one time controlled by Britain or under its influence, everywhere from Bermuda to Baghdad, Malaya to Mandate Palestine.

Other writers have examined many aspects as well even as no comprehensive history of lager in Britain has been written (the next major challenge in beer historiography, I suggest).

In mid-1960s Britain lager had long been imported from the prime European brewing nations. Britain itself brewed lager in numerous localities – London, Burton, Glasgow – for generations. Consumption was still a trickle though, around 2% of the total beer market ca. 1965.

Considering the size of the market, a lot of sterling was still shifted, but comparatively lager was hardly visible – not in gestation, but an infant.

Inside British industry though, preparations were being made for the future. A Guinness-led consortium built a shining brewery in Alton to make the Irish-originated Harp Lager. Writers Boak and Bailey discussed some of the early history, here.

Finally, in the mid-1970s a series of hot summers assailed England. It has been said that combined with lively ad campaigns, this conferred a legitimacy on lager – generally served colder than ale – it never lost. Today lager represents the great majority of UK beer sales – maybe 70%* – although craft success has ensured survival of the top-fermented category.

But again, in the 1960s it was industry – brewers, brewery designers, fabricators, a few marketers – that set the stage for the lager drama later to descend on the national beer stage. Patrons didn’t lead on this one, in other words.

A production with a long gestation, progress quickened in the 1960s, and as important, interested parties overseas started to take notice. As index, they began in fact to look to Britain as resource for expertise to design and build a lager brewery.

Traditionally, this had not been so. Both Britons and foreigners had gazed resolutely to Central and North Europe for inspiration how to do lager. Ireland did it for Harp lager at Dundalk, as I discussed earlier (German help, per a 1962 trade journal article).

Kenneth Thomas’ study of an early-1950s investment in Sudan by London-based brewer Barclay Perkins, which I referenced in this post, states a Danish brewery consultant was retained.

Yet, by the early 1960s, when the Turkish government planned a brewery for a city outside Ankara, in Yozgat, an English firm, Fairclough, was retained to design and build it. It fabricated the plant in Southhampton and erected it at destination.**

In 1967 the Board of Trade Journal described with pride this contract snagged by a British firm, against, it noted, strong West German, French, and Italian competition. 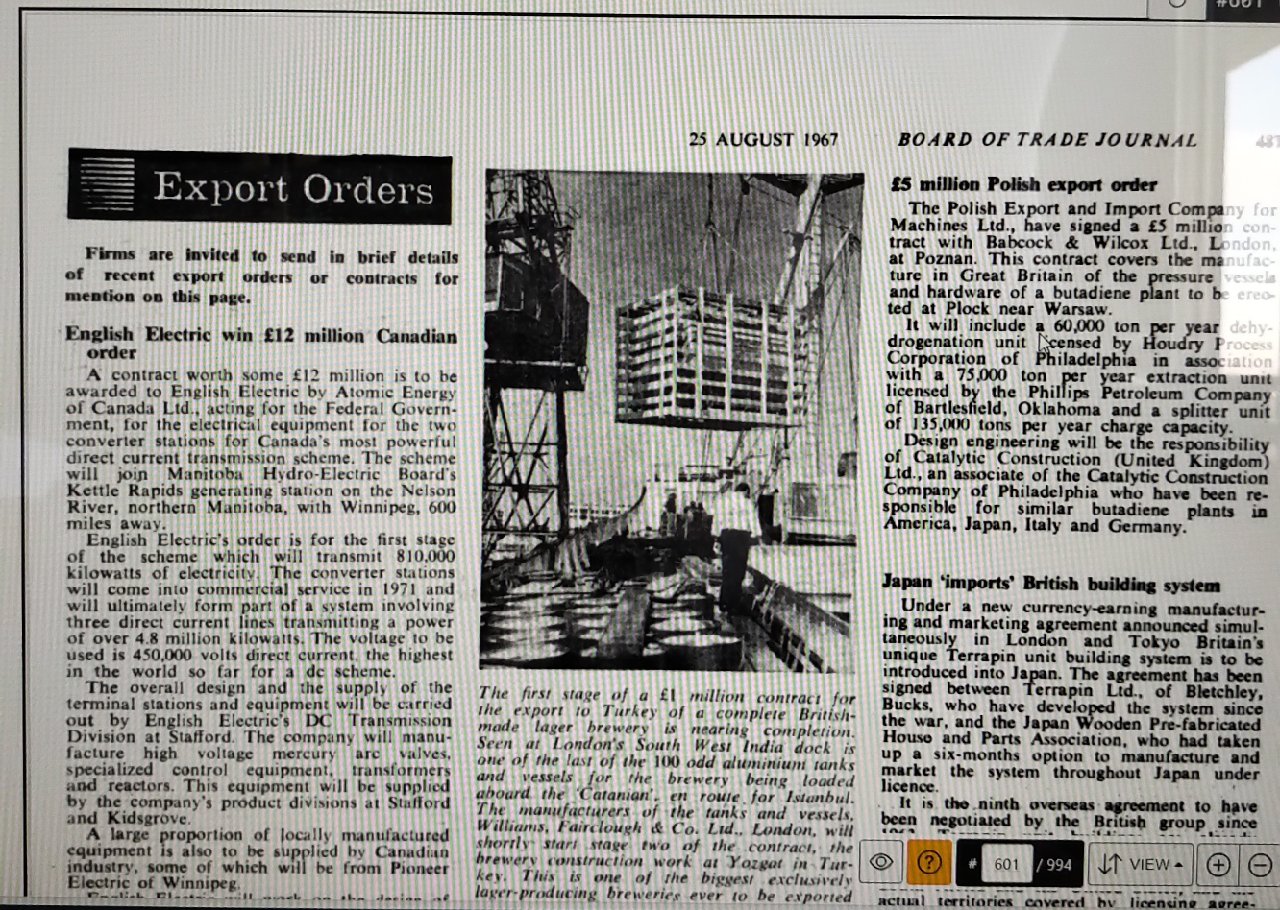 Lager itself barely still caused barely a ripple in English bars, but British designers and fabricators already had the knowledge and manifest skill to outbid the traditional European sources for such expertise.

Fairclough itself has only gone, in the hackneyed yet apposite British phrase, from strength to strength. See its company bio in Encyclopedia. com.

Indeed it went back yet further. As I stated in an earlier post:

… consider what [a] journalist wrote in 1893 [regarding] the Wrexham lager project in Wales:

“… this class of beer will be the beer of the future in the United Kingdom, and more especially in tropical countries”.

One of Britain’s great strengths historically was its nimbleness of industry, despite that is continual changes in business and industrial conditions, wrought by an infinity of factors.

**The Yozgat brewery was privatized in 2004. The successful bidder was later acquired by Diageo, and the brewing unit closed. One of its brands was picked up by Efes, the major brewery in Turkey, although apparently not made currently. For more information on the history of the Yozgat brewery, a Turkish academic has chronicled the history, see a summary, at EBSCO.